The August 20th National Holiday is a public holiday for all Hungarian, most shops and offices are closed. It is the annual celebration of the foundation of the first Hungarian state more than a 1000 years ago, it is also our first sainted king and founder’s, Saint Stefan’s name day, hence the date. The new bread is blessed on this day too.

The programs start on the day before, the 19th and continue on to the 20th, they consist of commemorations organized by political parties, family programs, concerts of folk and children bands, street and gastronomy festivals such as The Street of Hungarian Flavours (Magyar Ízek Utcája) along the Buda Riverbank where the country’s annual cake contest winner’s dessert is presented, craft festivals such as The Festival of Folk Arts and the festive mass at the Basilica in the heart of the capital (the mass includes a pretty important procession around the Basilica with a relic of Saint Stefan, his right hand). The festivities are closed officially by the grand finale of fireworks.

The fireworks start at 9pm and last a half an hour. You can see them from the high points of the city (mostly on the Buda side) or from the river bank. I do have to caution everybody that it is a huge event, for safety reasons there are a lot of road blocks and it’s really crowded. Basically people start gathering 1-2 hours before so it’s packed by the start, also there’s no way of sitting down. It’s not comfortable but it well-worth the effort. To be truthful most Hungarians don’t go see it live, because the Hungarian public TV channel broadcasts it live every year, so you can enjoy it from the comfort of your home beautifully edited with music. Last year I did go out however with friends… we had an insider at the Basilica so we could see everything from birds view on the topmost balcony… it was a once in a lifetime experience! Once again, a hundred thanks to a dear friend, Laci for arranging it! I even got a little bit teary eyed because I knew I was heading out from Hungary and not returning for at least 1.5-2 years. Now, teasers. These weren’t taken by me so see the credit down below. This photographer has awesome pictures of Budapest! 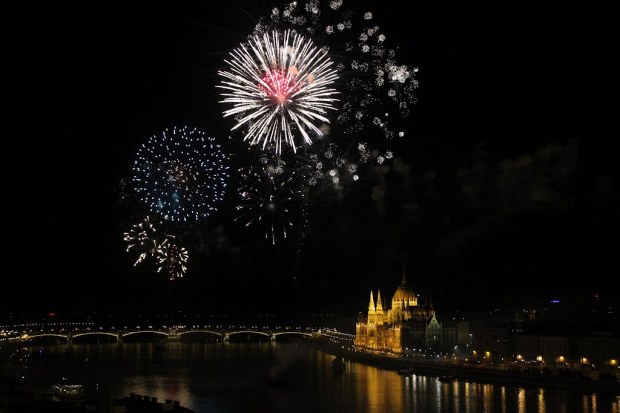 If you are close to Hungary I suggest to head over and spend the day of August 20th there… and for all my compatriots: Happy August 20th! Let’s hope that the fireworks will be up soon on M1’s Media Library, here or on Youtube.